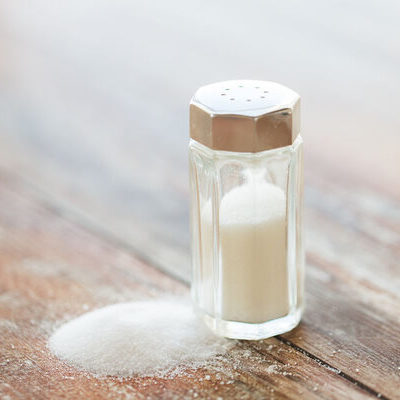 What is Iodized Salt?

Iodized salt is table salt that is mixed with small amounts of iodine salts, such as iodide and iodate, in order to prevent iodine deficiencies. The latter is more moisture-resistant and stable than iodide and is the preferred addition for iodized salt. Natural iodine is only found in a few food items such as dairy products, seafood, seaweed (kelp), eggs, and vegetables. Foods growing near coastal areas contain natural iodine, as well.

The top salt brands in the US are:

Early humans got their salt from meat, meaning it has been a part of the human diet for millennia. Ancient Chinese writings from 3,600 BC describe how seaweed was used to treat thyroid deficiencies. Iodine was discovered by accident in 1811 when Bernard Courtois, a French chemist, observed a purple vapor arising from seaweed ash treated with sulfuric acid. A Swiss doctor named J. F. Coindet was the first to use iodine in treating goiter. Eventually, Switzerland became the first country to introduce iodized salt to eliminate iodine deficiency in 1922.

Salt is a compound with 40% sodium and 60% chloride. Science shows that salt is important for the human body. It is required for nerve and muscle function, as well as regulation of fluids and minerals in the body. Iodized salt can even help in preventing thyroid related diseases such as goiter.

However, overconsumption of iodized salt can also lead to health problems, such as high blood pressure, heart diseases, stroke, and osteoporosis. Currently, most people consume double the amount of salt the body requires, which is around 5 to 6 grams. Reducing  salt intake will not in any way impact iodine consumption since, according to WHO, the concentration of iodine in salt can be readjusted easily.

Commercially, salt may be manufactured from rock salt, seawater, as well as artificial brines obtained by pumping water into underground salt beds. Historically, salt was only obtained by evaporating sea water, which is still the method practiced in many countries. China is the top salt-producing nation in the world, followed by the USA, India, Chile, and Australia. Iceland, Norway, Slovenia, and Belgium are the primary importers of salt.

Almost all food requires a little bit of salt. Indeed, there are very few foods that do not use iodized salt in one form or the other. Some popular cocktails and juices even have salted rims to jazz them up. Salt is often used as a preservative and, historically, it was the main preservative. It reduces moisture in foods and prevents them from going bad.

Here are a few recipes that use iodized salt delightfully.

The Food & Drug Administration regulates iodized salt. The FDA designates salt as a product meant for human food use to which iodide has been added in the form of cuprous iodide or potassium iodide. Salts lacking these additions must be carefully labelled to inform consumers of this fact.